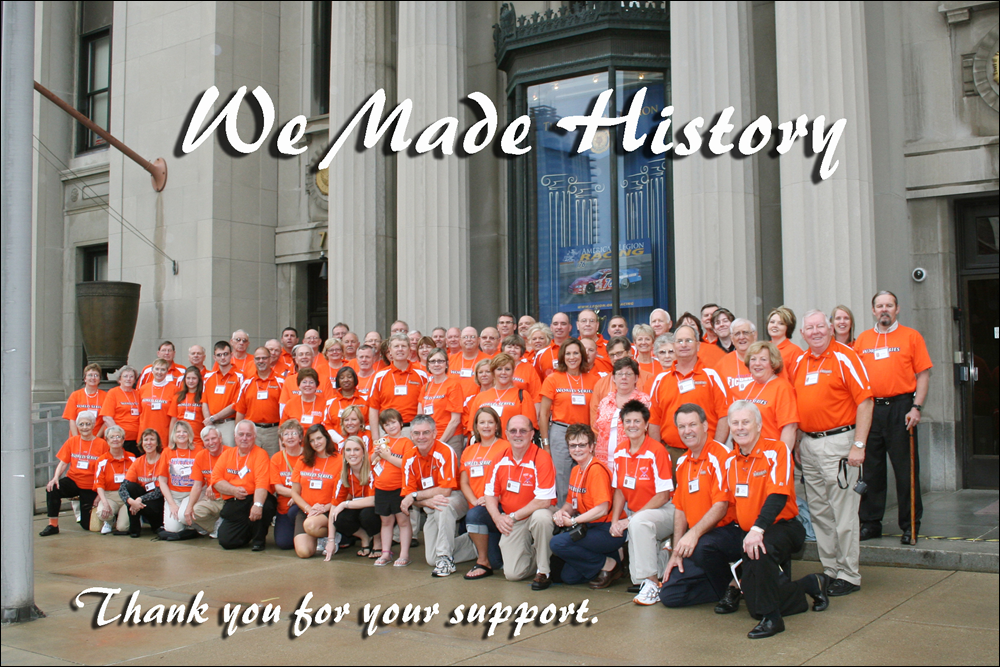 Shortly after Shelby-Cleveland County hosted the 2008 Southeastern Regional Tournament and the 2008 American Legion World Series, the National Office of The American Legion announced that it was seeking a permanent location for the ALWS, effective with the 2011 Series. The Shelby-Cleveland County supporters felt they had a chance since the 2008 ALWS drew nearly 38,000 fans, the second highest attendance in ALWS history.

After months of preparing a printed presentation that answered a requisite set of questions, the Shelby-Cleveland County contingent was invited to American Legion headquarters in Indianapolis to make its official bid. Two busloads of passionate supporters made the trek and entered the meeting room dressed in identical orange T-shirts. The group was rewarded for its hard work and the long bus ride when notified en route home that Shelby-Cleveland County had won the bid for four years of hosting the ALWS!

Ticket sales and improvements to Veterans Field and Keeter Stadium after the first two years convinced the National Office of The American Legion to extend the original four-year contract to 2019, and precluding any major problems, extending the contract for two consecutive five-year terms after 2019, effectively granting Shelby-Cleveland County official site status until 2029.

That momentous vote of confidence provided the impetus for the region to donate $2.8 million for further improvements to Keeter Stadium and the continued pursuit of national performing artists for ALWS-related events. Currently ESPN3 broadcasts Games 1-6 with the final nine games airing live on ESPNU, thereby increasing exposure for the tournament. The Executive Committee of the ALWS is working to increase the number of games on ESPNU.

During contract negotiations in October 2018, the National Office of The American Legion altered the language of the contract with the Shelby organization to state that the contract would continue in perpetuity, releasing the Shelby organization from renegotiating periodically. The new language requires that either party must give a two-year notice if requesting a release from the contract.The ALWS in Shelby-Cleveland County is truly a BRAND NEW BALLGAME!