How Teams Get to ALWS

How Do Teams Get Here From There?

Every team plays by the same rules set by American Legion Baseball, which is overseen by the National Americanism Commission. However, the number of games per regular season is determined by the teams themselves. For example, Shelby’s Post 82 team plays 27 or 28 games per season, 18 of them in the Area IV League and the rest against other teams the coaches deem will hone the players’ skills. Other leagues may play only 12 games. The number is determined primarily by how many teams are in the league and how many times they play each other.

Whatever the route taken to the ALWS, all eight regional winners have proven they deserve a chance at the championship! Welcome to Veterans Field, where the grass is always greener! 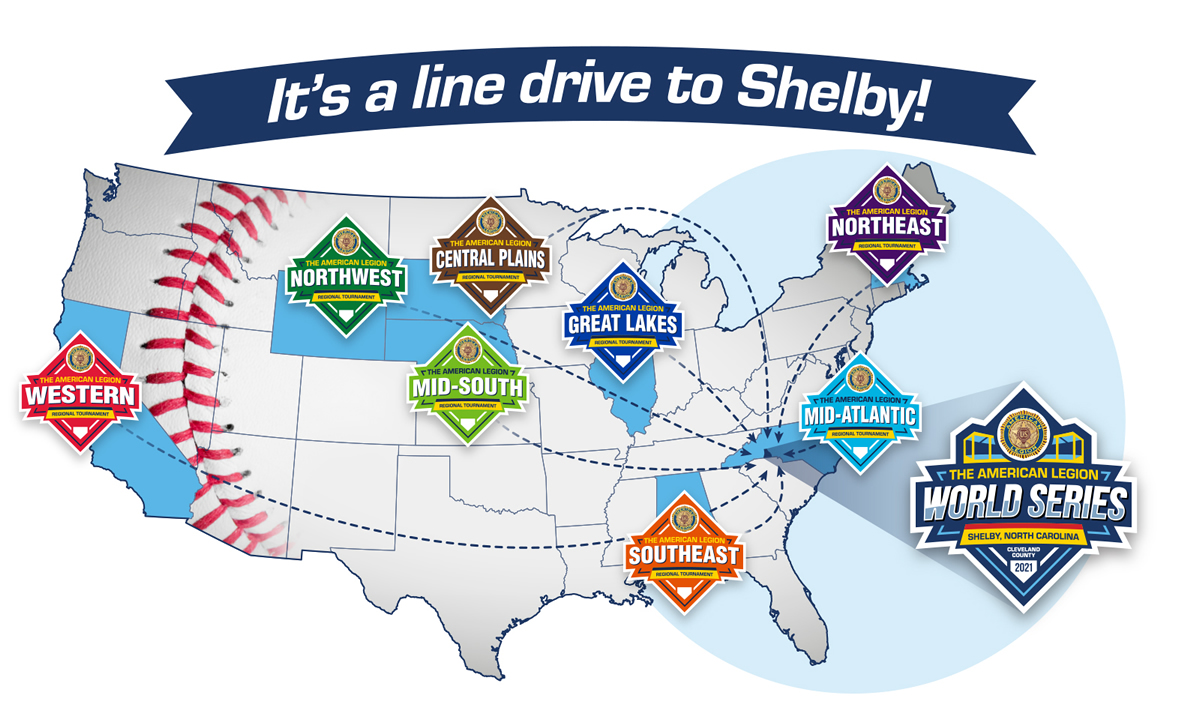