WELCOME TO VETERANS FIELD AND KEETER STADIUM!
The Grass is Always Greener on Veterans Field at Keeter Stadium, and the Internet service in the Keeter Stadium stands is second to none!

THE PLACE TO BE EVERY AUGUST!
Players and fans alike appreciate the atmosphere and the state-of-the-art technology at Keeter Stadium, the official home of the American Legion World Series since 2011. Built in 1976, the stadium and its Veterans Field have undergone numerous renovations. The most extensive was a $2.8 million upgrade in 2013. In addition to the dramatic Lowe’s Plaza of Champions, an expanded concourse, a new ticket office, a permanent souvenir stand and an improved sound system, donations covered installation of 200 MB of high-speed Internet service provided by REVO Communications. The Internet capacity exceeds that of most minor league ballparks and college ballparks.

In 2018, installers extended the netting in both directions to provide additional safety for those seated in the grandstands. Also, installers added large fans under the canopy on both the left field and right field sides and a state-of-the-art sound system that carries announcers’ voices to all corners of the facility. A goal of the ALWS planning committee is to extend the canopy in both directions as funds become available. Improvements to the Lowe’s Center, the field house and the Press Box are long-term objectives. 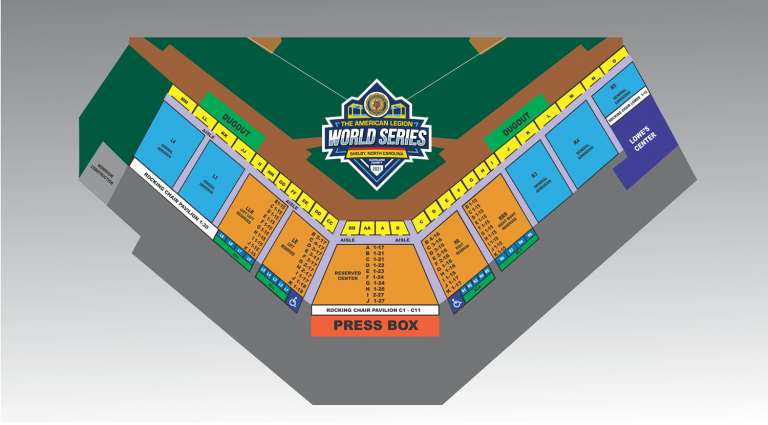 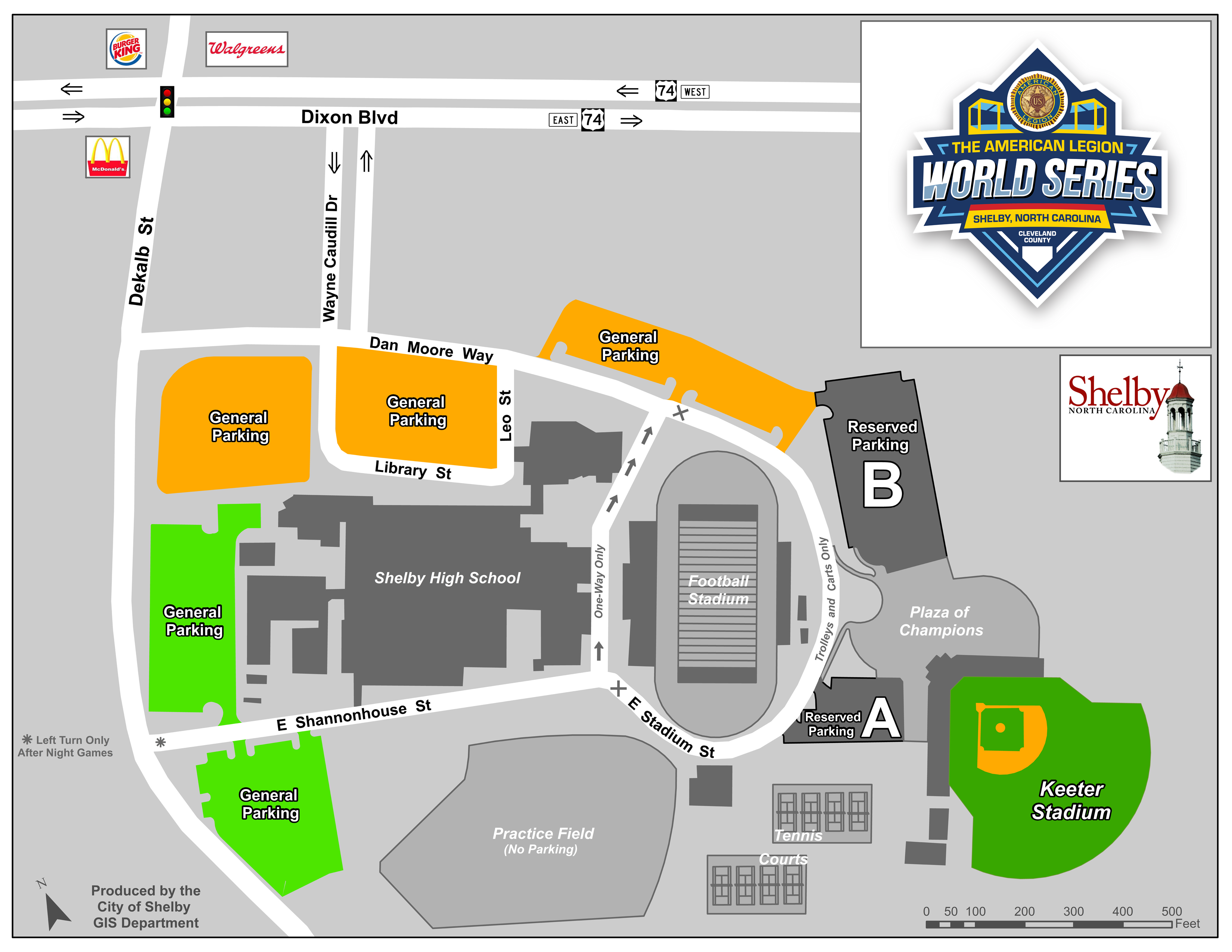 THE AMERICAN LEGION WORLD SERIES
CONDUCT POLICY AT KEETER STADIUM
Fan enthusiasm and support are a great part of baseball and active cheering is encouraged. The American Legion Baseball program is dedicated to providing a safe and positive environment for both players and fans.
You are requested to be considerate at all times of the feelings of the players and sensitivities of those fans seated around you. We hope this request is all that is necessary.

The American Legion World Series will enforce this request in the following manner for ticket holders as well as ALWS volunteers and staff.

The American Legion World Series Executive Board or their designee reserves the right to deem behavior or actions to be in violation of these rules and may take corrective action as deemed appropriate. Such actions may include: a warning; ejection from the property; or, in some cases, arrest. Violations by ticket holders or their guests may result in the loss of ticket privileges.

Your cooperation is appreciated. Enjoy the game!

WORLD SERIES STADIUM POLICIES
1. No Pets
2. No Lawn Chairs
3. No Coolers
4. No Umbrellas
5. No Alcohol
6. No Laser Pointing Devices
7. No Backpacks.
8. ALL bags subject to random inspection!

(These policies were established for the safety and convenience of our fans.)

FIELD OF DREAMS
The immaculately maintained Veterans Field is the perfect playing surface for some of the nation’s best high school baseball athletes as they vie for the championship each August. Veterans Field spans 320 feet down the lines, is 355 feet deep in the power alleys and has a center field depth of 390 feet. Over the years improvements included a new grass infield, new warning track, new backstop and netting, new bullpen fencing, new dugouts and additional MLB-quality lighting. In 2018, a velocity meter, pitch counter and official game clock were added to the scoreboard.

In 2020, when the ALWS was cancelled because of COVID-19 arena restrictions, professional landscapers completed a $500,000 overhaul of Veterans Field, which is described on another page of this website.

In 2022, a grant from the State of North Carolina made it possible to lengthen the canopy on the left and ride sides of the stands and improve the lighting on Veterans Field and other areas of the stadium. The new LED lights create a higher level of broadcast lighting and allow Press Box personnel to change the color of the lights and coordinate the lights with music, creating an entertainment element.

FOCAL POINT FOR BASEBALL
Four veterans’ organizations teamed up to provide $40,000 for the field, which was dedicated to veterans at its opening in 1976. In addition to serving as the field for the local American Legion team each summer and hosting some NCAA Division 1 teams, the field is also home to the Shelby High School Lions. The baseball complex is on the campus of Shelby High School.

A focal point for baseball in the Cleveland County area since its dedication, the stadium’s illustrious history includes serving as a minor league ballpark for the Cincinnati Reds in 1978, the Pittsburgh Pirates in 1979-80 and the New York Mets in 1981-82. Some great players have graced Veterans Field over the years. Major leaguers Smokey Burgess, Tom Wright, Roger McKee, Bud Hardin, Billy Champion and Norris Hopper all played on Veterans Field. 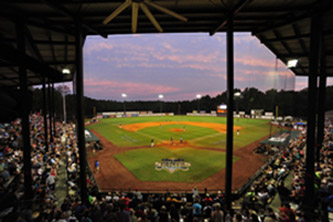 WORTH NOTING
The first home run on Veterans Field was hit by Arey Poston, who now serves on the American Legion World Series Executive Committee. Hall of Fame pitcher Gaylord Perry coached the Post 82 team here for a season. Past Post 82 Commander Thomas “Jack” Gardner asked recently retired Coach Mike Grayson to take the coaching position five times before he found the magic phrasing to gain a “yes” answer. On the sixth request, Jack said, “Do it as a favor to me for one year.” That was a smart move on Jack’s part; Mike agreed and marked his 30th season as head coach in 2021; he retired after the 2021 season.

Veterans Field and Keeter Stadium have a rich history that just keeps getting richer. You’re invited to become a part of the ongoing legacy. Join us, won’t you? 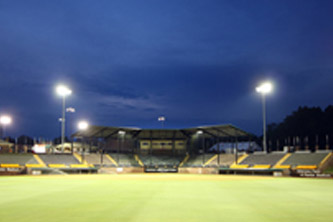